Book of the Month

We teach the Bible chapter by chapter, verse-by-verse.

You can find us at Pambula Town hall, Quondola Street Pambula on Sundays at 10am.

Calvary Chapel Sapphire Coast is a nondenominational church on the beautiful Far South Coast of NSW. We enjoy a casual, family atmosphere and are dedicated to serving the spiritual needs of the surrounding community.

We are committed to teaching through the entire Bible, chapter by chapter, verse by verse, from Genesis to Revelation to ensure we proclaim the whole counsel of God's Word.

Acts 20:27 “For I have not shunned to declare to you the whole counsel of God” NKJV.

If you are interested in visiting please contact us, or simply come along at 10am Sunday Morning at the Pambula Town hall. We would love to meet you!

Sunday service is typically around an hour and a half, which includes worship and practical Bible teaching. We also have lunch after the service.

Calvary Chapel has been formed as a fellowship of believers in the Lordship of Jesus Christ. Our supreme desire is to know Christ and be conformed to His image by the power of the Holy Spirit. We are not a denominational church.

We believe the only true basis of Christian fellowship is Christ’s (agape) love, which is greater than any difference we possess, and without which we have no right to claim ourselves Christians.

We believe in one personal, transcendent, Triune God, the creator of all, who is eternal, and who manifests Himself in three separate persons: Father, Son and Holy Spirit.

We believe that Jesus Christ, though fully God, became a man for the suffering of death.

We believe in the person and work of the Holy Spirit who indwells, seals, and empowers every believer, baptizing them into the Body of Christ. We also believe all of the gifts of the Holy Spirit mentioned in the Scriptures are valid for today, and that they are to be exercised within the scriptural guidelines set forth by the Spirit. We believe that love is more important than all the gifts, and without this love all exercise of spiritual gifts is worthless.

We believe that all people are by nature separated from God and responsible for their own sin, but that salvation, redemption, and forgiveness are freely offered to all by the grace of our Lord Jesus Christ. When a person repents of sin and accepts Jesus Christ as personal Savior and Lord, trusting Him to save, that person is immediately born again and sealed by the Holy Spirit, all his/her sins are forgiven, and that person becomes a child of God.

We believe Jesus Christ is the head of the Body, His church, and that church government should be simplistic rather than complex and bureaucratic. We desire to be under the authority of the word of God and led by the Holy Spirit in all the ministry of the church.

We believe in the inerrancy of Scripture: That the Bible (The Word of God), Old and New Testaments, is the inspired, infallible, complete and final written revelation of God. We reject doctrinal viewpoints or spiritual phenomena which are based solely on experience. We look to the Word of God for the basis of all our faith and practice.

We await the pre-tribulational rapture of the church, and we believe that at the Second Coming of Christ He will visibly set up his throne on earth and personally rule with His saints for 1000 years. This motivates us to holy living, heartfelt worship, committed service, diligent study of God’s Word, regular fellowship, and participation in baptism by immersion and in Holy Communion. We believe that the nation of Israel still has a special place in God’s plan and that all the promises of the God of Israel will be fulfilled.

We believe worship of God should be intelligent. Therefore, our services are designed with great emphasis upon the teaching of the Word of God that He might instruct us how He should be worshiped. We seek to teach the Word of God in such a way that its message can be applied to an individual’s life, leading that person to greater maturity in Christ.

+ - What sort of music do we use? Click to collapse

We use a mix of hymns and contemporary Christian songs in our wordship, however, you can rest assured that all of our music is carefully screened to ensure that it is Scripturally sound. Whilst there is a plethora of “Christian music” available we will only ever play songs that are God honouring and inline with Biblical principals.

Oh come let us sing to the Lord! Let us shout joyfully to the Rock of our salvation”

Some people say they were born a Christian. But those who belong to Christ know that it’s impossible to be born a Christian because we start out with a sin-infected nature, lost and separated from God.

People often use the term “Christian” as simply a category for describing someone’s cultural, religious, or family heritage. Other people believe that a person is a Christian because he or she attends church or was raised in a godly home. For still others, the term “Christian” is no more than a box to check off on an application or survey form.

So what is a Christian? Jesus said that His true followers are those who have been “born again” by the Spirit of God. When a Jewish religious leader named Nicodemus came to talk with Jesus one night, he declared that God was with Jesus because of all the miraculous signs Jesus performed.

Jesus had this penetrating response: “Most assuredly, I say to you, unless one is born again, he cannot see the kingdom of God" (John 3:3 NKJV)

The phrase “born again” in Scripture literally means “to be born from above”–a spiritual rebirth. A Christian is a man, woman, or child who has experienced a spiritual new birth through the regenerating work of the Holy Spirit. That new birth is a gift of God, through Jesus Christ, given by the grace He freely offers to all.

Some believe you can be born into a faith. For example, a child born to Muslim parents is considered a Muslim by many people. A son or daughter born to a Jewish mother is typically considered to be Jewish, and someone born into a Christian family is often assumed to be a Christian. No one, however, is ever automatically a Christian by birth. To be a Christian, you must make a conscious choice to turn from your sins–that’s repentance–and by faith believe that Jesus is the Son of God, who loved us, paid the price of our sins on Calvary’s cross, shed His blood and died, was buried, and was raised to life on the third day.

The Bible says, “This is how God showed his love among us: He sent his one and only Son into the world that we might live through him” (1 John 4:9). The Bible also says that “if you confess with your mouth, ‘Jesus is Lord,’ and believe in your heart that God raised him from the dead, you will be saved” (Romans 10:9). The moment we do so, the Holy Spirit makes us alive in Christ, imparting the gift of eternal life, and making us entirely new creatures in Christ (see 2 Corinthians 5:17).

A Christian, then, is a person who is born again by the Spirit of God through;

Christianity is NOT a religion; it is a RELATIONSHIP with Jesus Christ, The Son of God. 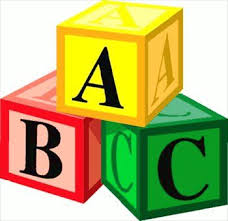 The Gospel of Jesus Christ
Today is the day of Salvation: Why would anyone put off the most important decision they could ever make in their lives concerning eternal life?

If you die today are you going to heaven?  The apostle Paul tells us what the gospel is: "Moreover, brethren, I declare to you the gospel which I preached to you, which also you received and in which you stand, by which also you are saved, if you hold fast that word which I preached to you—unless you believed in vain. For I delivered to you first of all that which I also received: that Christ died for our sins according to the Scriptures, and that He was buried, and that He rose again the third day according to the Scriptures”.

Gospel means "good news." Your debt has been paid, the death penalty has been quashed, you are free!
Here is the Gospel of Jesus Christ: That Christ died for our sins according to the Scriptures, and that He was buried, and that He rose again the third day according to the Scriptures. Jesus brought in a little child as a living object lesson to show who enters the kingdom of heaven. Matthew 18:3 - Jesus said: "Unless you become like this little child you will not enter the kingdom of heaven." This is how to be saved, it is as simple as ABC:

A - Admit that you are a sinner -This is where godly sorrow leads to genuine repentance for sinning against a righteous God, and there is a change of heart. We change our mind and God changes our hearts and regenerates us from the inside out. Romans 3:10 – “As it is written: There is none righteous, no, not one." Romans 3:23 – “For all have sinned and fall short of the glory of God”.

C - Call upon the name of the Lord. Every single person who ever lived since Adam will ond day bend their knee and confess with their mouth that Jesus Christ is Lord. The Lord of lords and the King of kings. Romans 14:11 – “For it is written: As I live, says the Lord, every knee shall bow to Me, and every tongue shall confess to God." Please don't wait until later; do this now. Romans 10:13 - For "whoever calls on the name of the Lord shall be saved."

You could pray something like this: “Father God, I acknowledge that I have sinned against You. I am truly sorry for ignoring You and for not placing You as the Lord of my life. I want to turn from my sin and come into a right relationship with You. I believe Jesus Christ is Your Son; I believe that He died on the cross for my sin and that You raised Him to life again. I have decided to place my faith in Jesus Christ as my Saviour, trusting only in His shed blood as sufficient to save my soul and to take me to heaven. Thank You, Father for saving me.

Come and Join us!

We have lunch and fellowship after the service.

Communion first Sunday of the month.